Sets are fundamental to all of mathematics. Intuitively, sets are simply collections of objects, and the individual members of a set are called its elements. If a set has no elements, which is possible, it is called the empty set, and is designated by the symbol ∅.

Set are represented graphically using Venn diagrams, in which sets are shown as circles or possibly as rectangles. The Venn diagram in the figure below shows three overlapping sets:

We will find these three set operations useful:

Difference of Sets is an operation on sets that is similar to subtraction of numbers. If A and B are sets, then their difference, A – B, is a new set, defined as all elements of A that are not in B. Obviously, A – B is not necessarily the same as B – A, since A – B is a subset of A, and B – A is a subset of B. 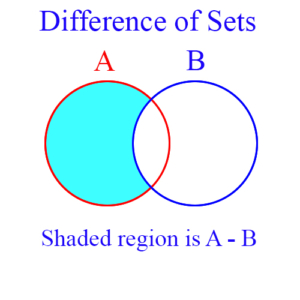 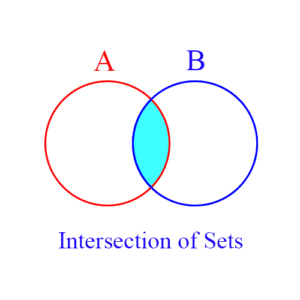 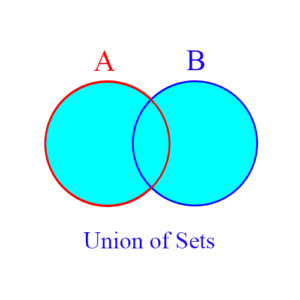 Two sets are called disjoint or mutually exclusive if they have no elements in common, or in other words their intersection is empty.

The operations on sets we’ve defined above all produce subsets. For example:

From these examples it’s easy to see how the following general rules can be derived:

Using the cardinalities given above for each of these sets, we see that statement 1 is equivalent to:

And statement 2 is equivalent to:

Finally, statement 3 is equivalent to:

Statements 1, 2, and 3 apply to all sets, not just the examples we’ve given here for A and B.