Denominator: The bottom number in a fraction. Example: The denominator of 2/3 is 3.

Fraction: A number, also called a rational number, which is a ratio of two integers, consisting of a numerator and a denominator. 3/4 is a fraction with the numerator being 3 and the denominator being 4.

Improper Fraction: A fraction whose numerator is larger than its denominator. Example: 3/2

Least Common Multiple (lcm): The smallest number which is a multiple of two or more numbers. For example, the least common multiple of 6 and 10 is 30, since even though 60 is a multiple of both numbers, 30 is also and is smaller than 60.

Numerator: The top number in a fraction. Example: In the fraction 3/4, 3 is the numerator.

Percentage: A fraction expressed in 100th’s, in which only the numerator is written, and the denominator is assumed to be 100. Example: 50 percent (written 50%) actually means 50/100.

Prime Factorization: The representation of a positive integer as a product of powers of primes (a p-p-p!). For example, the prime factorization of 180 is

Proportion: A statement of equality between two fractions or ratios. Thus, a proportion problem might be x/2 = 8/4, for which x = 4.

Ratio: A fractional relationship between 2 numbers. Thus, the ratio of a to b is a/b. It can also be shown as a:b. 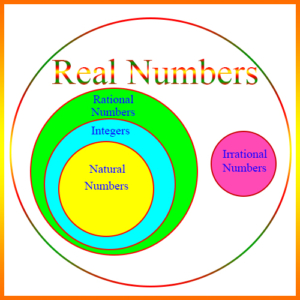